Dr Farmer provided reflections on a career spanning 30 years where clinician health and wellbeing has been a central theme. In work ranging from student advocacy to the corridors of the United Nations, Jillann reflected on what has evolved in this space, and what appears to be the intractable problems, with little movement towards resolution in that time.

Dr Farmer provided an in-depth understanding of doctors’ health, noting the many times in her medical career when these issues intersected with her path. An early lesson learned from medical school was that medical students were managed differently from other students, often with less opportunities to seek support. We need to hold universities to account for this culture. It was through this revelation that she learnt not to trust authority, and to claim her space.

There is heartbreak and there is joy in medicine. Compassion, humanity, lived experience, empathy and the cadre of senior colleagues who helped and supported her, were key to her career. Moving the focus from impairment to health. If someone is suddenly not performing, then maybe they are sick, unwell, and not ‘bad’. Have assessment done through the health services such as occupational medicine should be a model in a high hazard employment that is medicine. Covid-19 has brought the need for occupational health to be more closely involved with all health professionals. Holistic approach to the health and safety of the entire healthcare system. What are the occupational drivers of the problems for doctors? Award conditions, supportive of fatigue management, less stigma, being more aware of not putting inexperienced doctors in unsupported roles, more open discussions about doctors’ health, more doctors prepared to come out and speak openly. The workplaces of today were created by the current senior generation of cotors. Long hours, workplace health and safety rules exist. However, the dichotomy remains; there are workers and then there are doctors! How do we stop this cycle? Next generation leaders need to emerge. What are the junior doctors modelling themselves on? Trainees should not be forced to protect themselves. For some a career in medicine may not be for them, studying medicine and then choosing to do something else should be supported, encouraged and normalised. Entrust yourself to the care of your own GP, support doctors to have time off for appointments, normalise this behaviour. We did not sign up to be afraid to seek healthcare and have our health issues made public. Legislation reflects the will of the public, hence mandatory reporting. We need change and if we make it right for the doctors, then it will be right for everybody: #MedicalMeToo

Dr Jillann Farmer commenced as the Deputy Director-General of Clinical Excellence Queensland in June 2020, returning to Queensland Health after employment as the Medical Director of the United Nations, based at the headquarters in New York for 8 years. During tenure in this role, she was responsible for the health, safety and wellbeing of all UN personnel deployed throughout the world and was also responsible for the standards in healthcare facilities operating under the UN flag.

In her earlier career, Jillann worked as a GP, and also for the Medical Board of Queensland, building the Health Assessment and Monitoring Program for management of registrants with illnesses that impact on their ability to practice. She has been a Director of Medical Services at a mid-size acute Hospital, and a Senior Medical Officer Emergency Medicine. She holds fellowships of both the Royal Australian College of General Practitioners and the Royal Australasian College of Medical Administrators.

During 2014 she led the UN’s internal response to Ebola, allowing the safe deployment of UN personnel into the Ebola Outbreak area, and ensuring delivery of healthcare services to them throughout the crisis. In 2020, she led the UN’s New York response to the first wave of COVID-19 in the USA, advising the Secretary General and the President of the General Assembly.

During her tenure as UN Medical Director, she developed and launched the UN system workplace mental health strategy, developed the UN Safety and Quality Standards and implemented reforms of the UN Trauma care system. As DDG Clinical Excellence Queensland, Jillann has the lead for safety and quality across the healthcare system of Queensland. Outside of work, Jillann has been a martial arts practitioner for over 30 years, and is a keen hiker, kayaker, cyclist and cross-country skier. 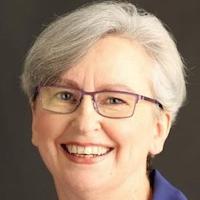 DHQ wishes to thank our sponsors:

Fill in the form below to receive our news and updates.